California law prohibits a range of sexually-related crimes. These crimes include:

Under California law, a person can be found guilty of solicitation if they agree to engage in an act of prostitution and then take an action in furtherance of the sex act. Solicitation does not require that the defendant actually commit a sexual act, but simply that with the intent to perform a sexual act, defendant requests a sexual act from another person. A conviction for solicitation may require that you register as a sex offender for life and may face jail or prison time.

Indecent exposure is the public display of one’s genitalia to one or more people. Often this is done to give the person who exposes himself, or herself, sexual satisfaction, but such intent is not required for conviction of the crime. If you are convicted of indecent exposure, you will be required to register as a sex offender for life and may face jail or prison time.

The following are examples of lewd or disorderly conduct that is punishable in California:

Entrapment may be a legal defense to a sex crime. It often occurs when an undercover law enforcement agent induces a person to commit an offense, which the person would otherwise have been unlikely to commit. The defendant essentially argues that he or she would not have committed the crime had the undercover agent not induced him or her to do so

The right representation can make a difference
Sex crimes carry potentially life-altering consequences such as mandatory sex registration for life and may involve jail or prison time. If you have been charged with a sex crime, consult with an experienced The Baum Law Corp. attorney, who has expertise in defending sex crimes, and will aggressively fight your case.

For a free consultation with a The Baum Law Corp. criminal defense lawyer, call us today! 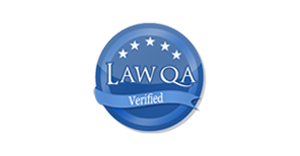 I made it through a difficult layoff in the entertainment industry thanks to the wisdom and guidance of David Baum.

He is a highly experienced attorney that helped me navigate through complicated paperwork to ensure that my rights were not violated. He is dedicated to providing outstanding representation to his clients, and has a well-deserved reputation for being a committed and tenacious lawyer!

Get in touch with us